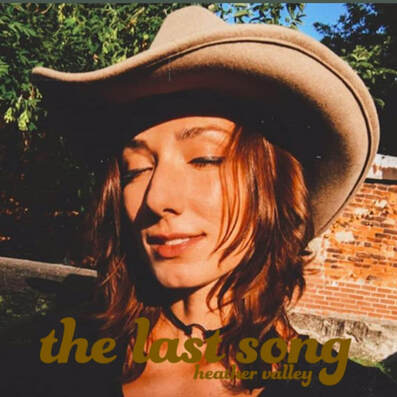 "HeatherValley has a natural gift for performing, a formidable singing voice and as a songwriter and lyricist the potential to become a world class artist."
​Ron Saint Germain (producer for Jimi Hendrix, Aretha Franklin...)
#1 Album of 2019 - Desert Message
#1 Song of 2019 - Ohio River

"Desert Message has some of Molina’s moody tension and emotional depth, although with the exception of the crashing, insistent Ohio River, the tone is lighter and gentler.
"Like any good story, this one starts with a broken heart. But what sets it apart is that it also involves a con man, a demon, and an imposter who took my place..."​Heather Valley was a court room lawyer with a bright future when she fell in love with the wrong person and lost everything.  Following a complete breakdown, she turned to music and found a second chance. Her debut album, Desert Message, was released independently on November 22, 2019 to great critical reception, earning a coveted 5 star review and the #1 album spot at altcountry.nl for 2019. It was included on numerous 2019 "best of" lists and has been reviewed, covered and playlisted by The Philadelphia Inquirer, Hamilton Spectator, View Magazine, Steel City Music, One Chord To Another, Tinnitist, The Ditty Dozen, The Alternative Nation, Radio Troubadour, Ground Sounds, In the Country With Dave Woods, Post to Wire, Arte-Factos, Antimusic, lefuturewave, Music Talks, Come Here Floyd and many more.